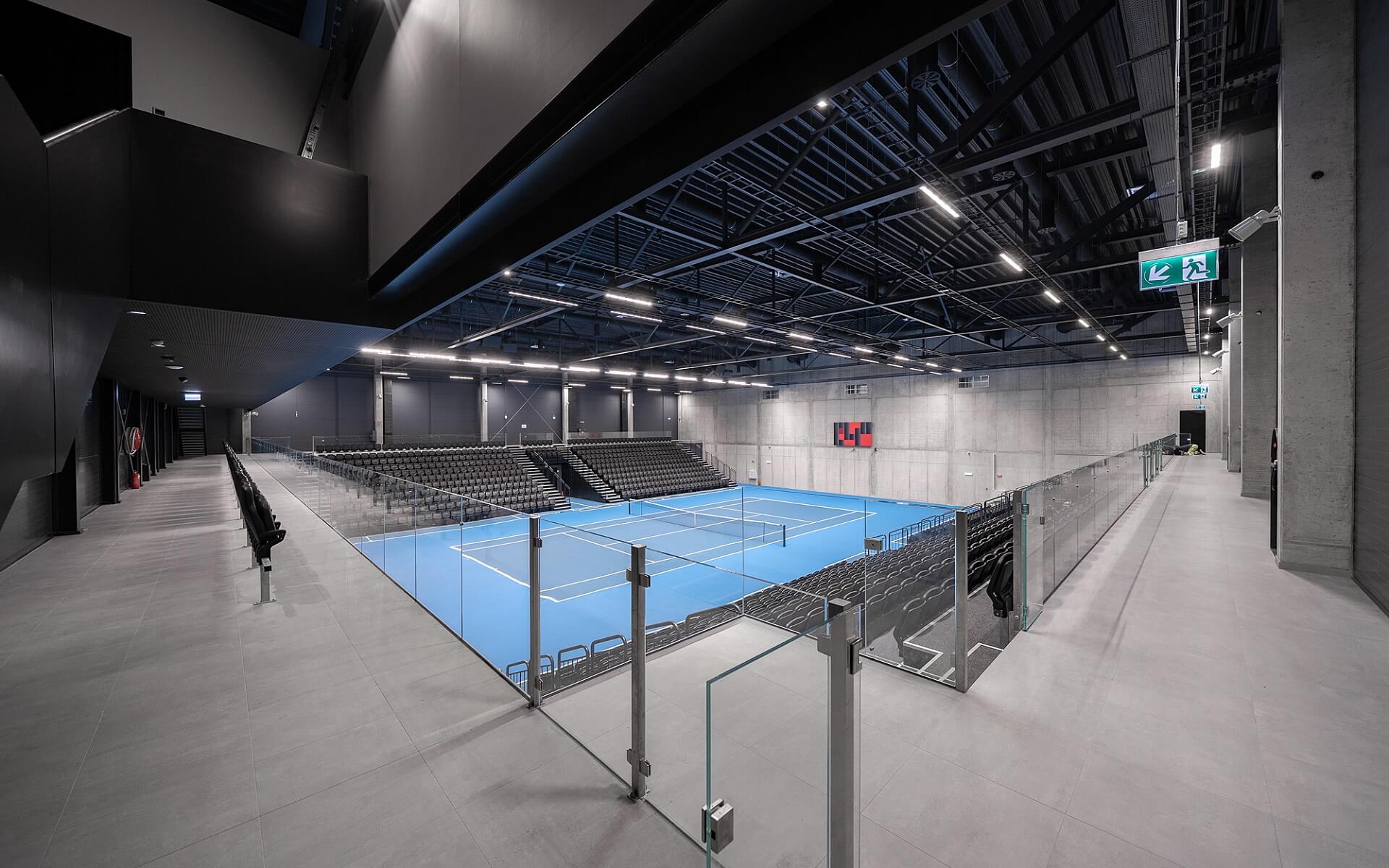 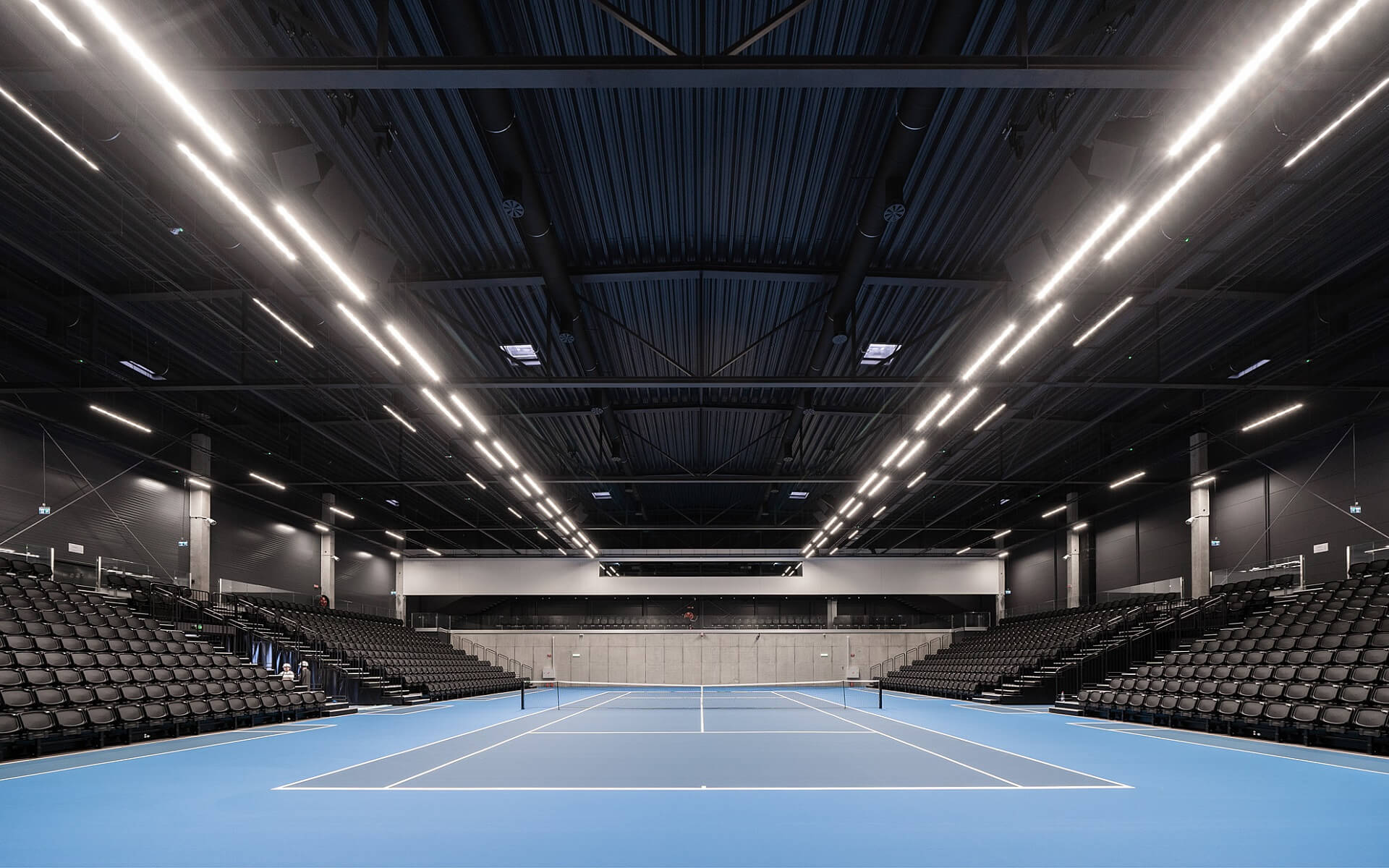 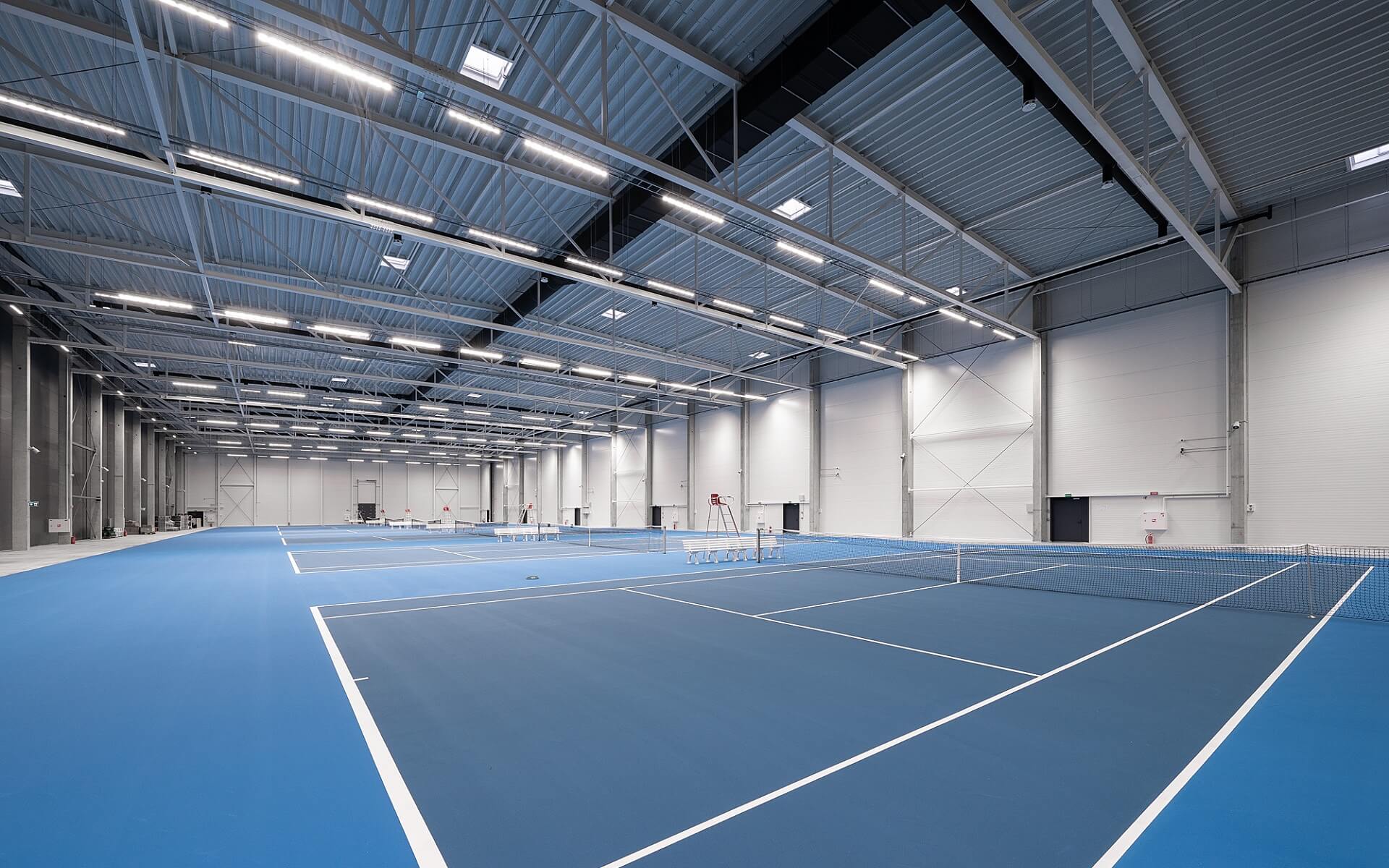 After just over a year of reconstruction, the SEB Arena sport complex in Vilnius opened its doors as the most significant indoor tennis, squash, and badminton center in Central Europe. The renovated arena has the region’s first intelligent tennis court, which allows to arrange the highest-level international tournaments to arrange. Head of architects Donaldas Trainauskas designed 28 indoor tennis courts, four squash courts, four badminton courts, and ten mini-tennis courts.

The new part of the arena includes seven hard courts and a central court, surrounded by grandstands for up to 1,500 spectators, four badminton courts, and even ten small tennis courts for the youngest players.

The central court of the new „SEB Arena“ part will host tennis and other sports‘ competitions, concerts, and various cultural events. Mobile stands will allow more than 1,500 square meters of space to be transformed if needed.

We focus on aesthetics, quality, and affordability.
Download presentation

The Elmoris Manufacturing and Storage Facility 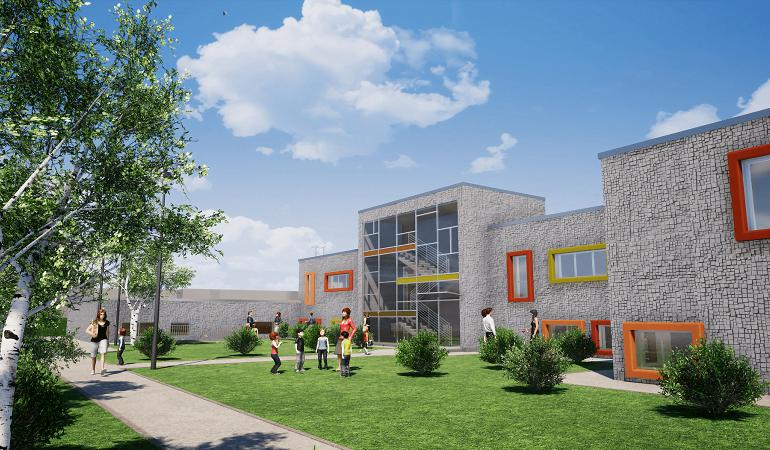